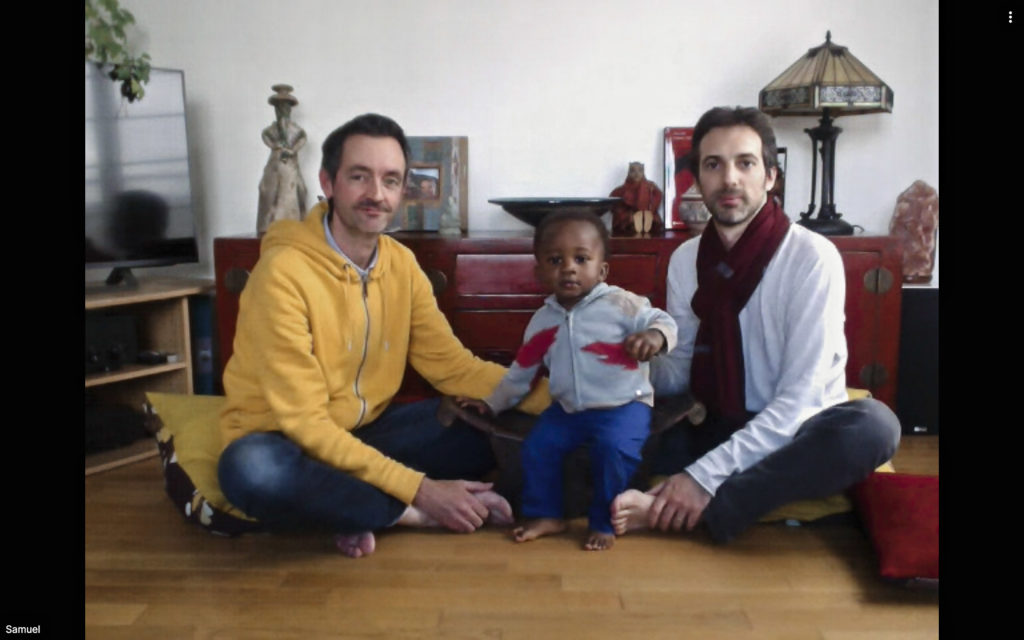 They live in the Paris region, in a small green town in a department that has been badly affected by the virus.

Samuel is an archaeologist. He had to stop his last archaeological work just before the containment. He is teleworking, focusing on several publications of articles and reports. Sam is a cultural manager and art consultant. He has been unemployed since the beginning of the containment. The cultural centre where he works, a 13th century Cistercian abbey, had to close to the public and artists in March. Artistic residences, masterclasses, educational workshops for children, shows, visits to the monument, everything stopped suddenly to give way to a void that the place had never known.

Since the confinement came into force in France, Mathis’ nursery assistant can no longer welcome him. So he’s at home with his dads. “The situation has the virtue of living suspended moments with our family. Mathis took his first steps in front of our amazed eyes. The days follow one another and sometimes look alike, it takes creativity to break the routine. There are daily outings outside for one hour to get some fresh air, listen to the birds sing, see the leaves hatch in the trees.  We have to find the energy for the transformations in the weeks and months to come.”