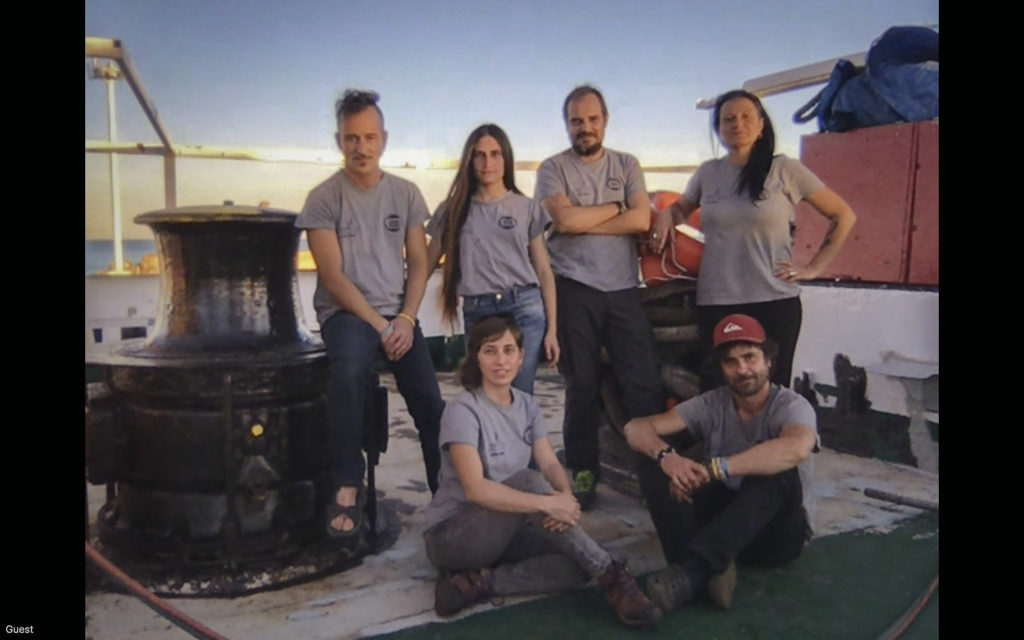 “On February 18, 2020 the Open Arms ship docked in Burriana, Castellón, from Pozzallo (Sicily) where the 365 rescued from the last mission had landed. The 46-year-old Open Arms, despite the constant effort of its crew, needed an open heart operation to repair its engines and be equipped with new lifeboats to continue saving lives in the central Mediterranean. In Burriana, a large team of volunteers began the restoration with enthusiasm and dedication, until March 13, 2020, one day before the Spanish government declared the alarm state and the whole country entered a lockdown state. We were forced to cancel the help of the new volunteers, making it easier for everyone who had to go home as safely and quickly as possible. In accordance with current health regulations and in order to prevent the spread of COVID-19, a rigorous onboard safety protocol has been created which prohibited access to any person outside the crew without prior authorization and specific safety measures. Only the captain was able to make contact with the outside world and the chef was in charge of replenishing supplies. Open Arms is a work center, many activities related to its restoration have been carried out daily. These included physical exertion tasks which added to the psychological impact of the situation and did not facilitate its development. Even so, the whole team has remained motivated since, for us, Open Arms has not simply meant a job but has become our home. The pandemic, which for the most part meant a state of isolation, for us it meant union, since we felt the collaboration of all of you and, in particular, of the rest of the volunteers who fought against the pandemic from the centers of Barcelona (editor’s note: the ground volunteers are involved in the front line in the covid emergency). The mixture of positive and negative feelings has united us and, although we have always been a great crew, we begin to feel like a small family. Today, after more than two months on board and 52 days of confinement, we are waiting for the results of the COVID-19 tests, which will allow us to proceed safely with the change of crew. Change is necessary to be able to regain strength, even if our heart is truly on Open Arms and our mind is focused on a rapid recovery so that it is possible to return as soon as possible. “