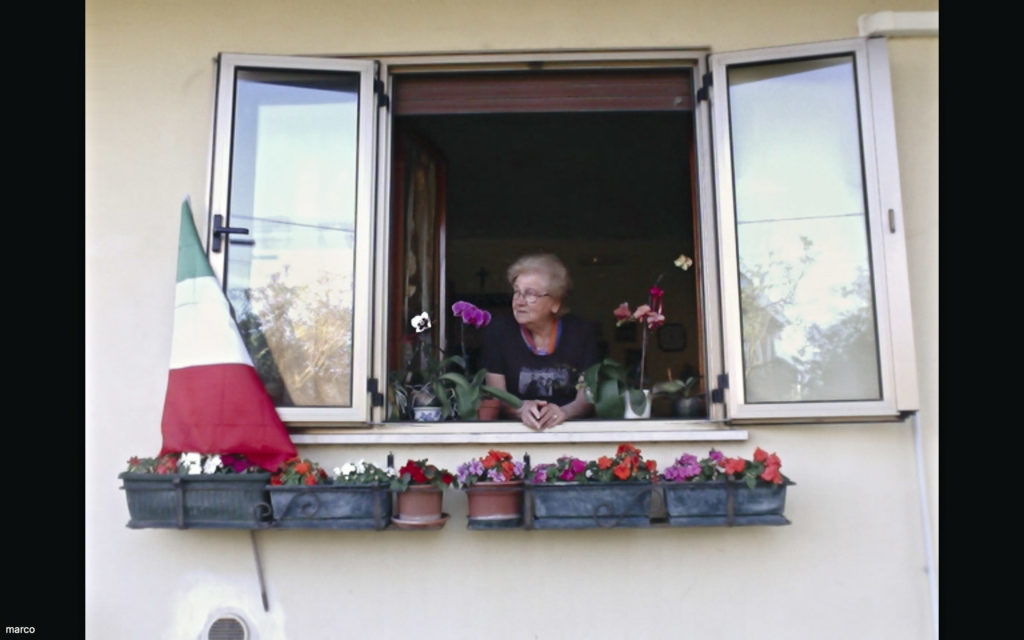 “My region, Veneto, has been hit hard by this virus. We elders were very scared, but fortunately my area, Polesine, had a lower incidence of infection than the rest of the region. We have been in quarantine from early March. In my life I have experienced firsthand tragic experiences such as war, the flood… I haven’t felt so limited since then. What I miss is to see my friends, ride a bicycle in the morning to go around the shops, or to the cemetery, or to a bar to have a coffee. However, I still consider myself very lucky. I live in the countryside, I have my large garden, my flowers, my plants to take care of. Surely those who live in the city will suffer more from isolation. Then I live in a large house where my daughter is with her family upstairs, so I’m never alone. Many elderly people are not so lucky, for example I think of one of my friends, who lives alone in an apartment on the third floor and never goes out; I call her every day to keep her company. More than the present, what worries me is the aftermath. People don’t work, they don’t have money, even those who had some savings will sooner or later find themselves without resources. I think of those who have lost their jobs, who have a rent to pay, who have children … What will they do for a living? There is going to be unrest, people will increasingly rebel against these closures and limitations. Unfortunately we will never be one hundred percent sure until we have a vaccine, but we have to start some way sooner or later. It is a difficult situation for everyone, some more, some less”.