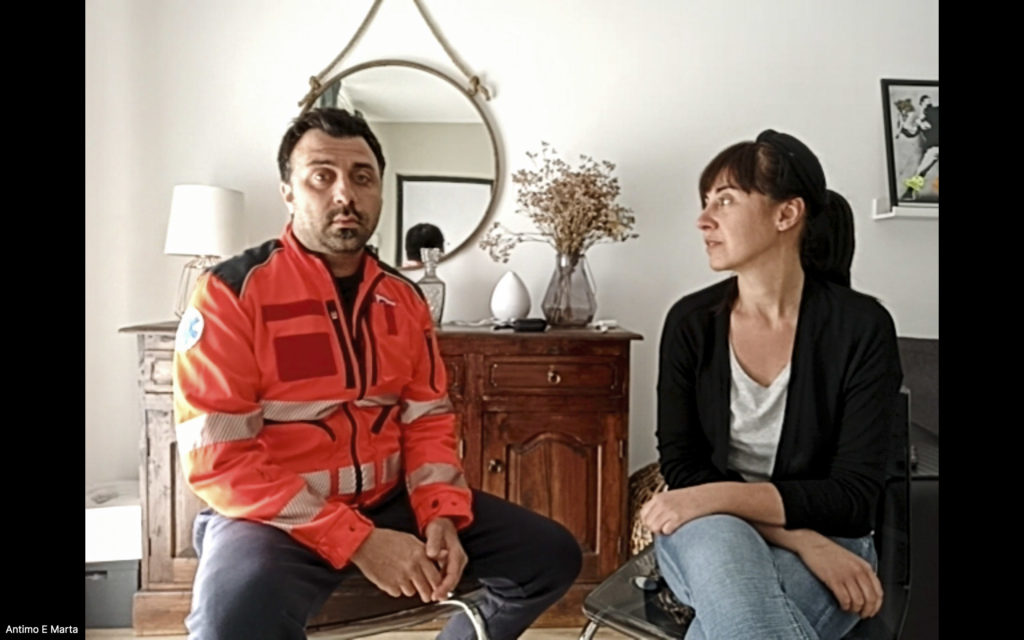 112 rescuer and E.R. doctor in a hospital in Milan.

“-Sooner or later it had to happen- , they kept telling us. The days flowed frantically, until that morning when after a few days of tiredness and fever, the result arrived. Positives. “I knew it, I felt it” but were not enough, it made the earth tremble under our feet as we felt responsible, because this news was going to cause an emotional turmoil for all those who love us. Imagine having to tell your parents – during a videocall – what had happened to us. This story lasted many days during which we felt helpless before the unknown. We waited, we prayed. In the meantime, we stayed strong, looked for a way to yell how stupid it is not to comply with health directives. We used social media. Paradoxically, the virus had isolated us from the world but had not considered our determination. After all, we weren’t so isolated. We somehow managed to make ourselves heard. I tested “negative” first, without a logical explanation. I felt sad for her, but pumped because I can start working, and helping, again. Then other days went by until a few hours ago. I get home as she was waiting for me at the door, her eyes swollen: “I’m negative” she says. We hugged each other like never before. “